AMARAVATI: Andhra Pradesh government on Monday approached the Supreme Court against the gag order passed by the High Court here in connection with an FIR registered in the Amaravati land scam case.

The Andhra Pradesh High Court had on September 15 stayed the investigation and issued an injunction restraining any media reporting in the issue after the FIR registered by the Anti-Corruption Bureau alleging corruption and illegal land transactions in relation to the shifting of the capital to Amaravati following the bifurcation of the state in 2014.

The state government, in its petition, said that the order has been passed by the High Court in a petition where the FIR was not even questioned.

Besides, the orders have been passed not only in respect of the Respondent who had filed the writ petition but also in respect of all other accused persons, the state government said in its plea.

The petition said that while only one petitioner had moved the High Court seeking relief in terms of protection from coercive action and bar of media reportage, the High Court had passed the order and extended the relief to all the other accused persons as well.

The High Court had said that news in regard to the registration of the FIR or in the context of the FIR not to be made public in any electronic, print, or social media with respect to the said respondent and also the other accused persons 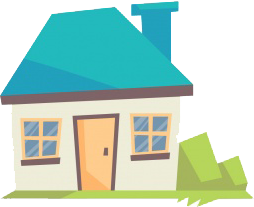